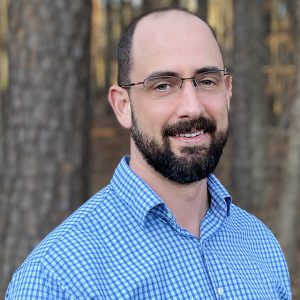 Mr. Schwartz is the Director of Transactions, a role in which he coordinates acquisition efforts and oversees disposition activity for several funds. Mr. Schwartz holds a seat on the Investment Committee and is a member of the Transactions Team. His functional duties include acquisition and disposition valuation, deal structuring and negotiation, and he assists with portfolio management and reporting. Prior to his current role, Mr. Schwartz has served as the Director of Investment Analysis, Forestland Analyst, and Assistant Regional Director for TFG’s Southern Region.

Prior to his employment with TFG in 2012, Mr. Schwartz served as Resource Forester with the Missouri Department of Conservation where he assisted in the marketing and promotion of the state’s various timber products. He was also responsible for the management of state-owned forestlands, private landowner assistance, wildland-fire suppression, and other forestry-related public outreach assistance in a three-county district. Before his public-sector position, Mr. Schwartz worked for a private forestry consulting firm where, among other duties, he was responsible for the management of a TFG-managed property in Missouri. Mr. Schwartz also held a temporary position with MeadWestvaco’s Forest Research Division in northern Michigan and worked as a private forestry inventory and GIS contractor in the Central and Lake States.

Mr. Schwartz holds a B.S. in Forest Science from the University of Wisconsin and a Master of Science in Forestry from Michigan Technological University. He is a member of the Society of American Foresters.